Dr. Kim attends in the Cardiac Intensive Care Unit. His academic focus is in on the role of ECMO/ECLS in the support of children with impaired cardiac function. After finishing PCCM fellowship at Seattle Children's Hospital, Dr. Kim stayed on as a clinical instructor in the CICU until 2011 when he went to Great Ormond Street Hospital in London, UK, for an additional year of Clinical Fellowship in CTICU & ECMO. He returned to Seattle Children's in the fall of 2012. He has been involved with QAPI effort within CICU by forming a multidisciplinary group which became a core group for the inaugural CICU Microsystem Local Improvement Team under the initiative led by the Center for Quality and Safety at Seattle Children's Hospital. 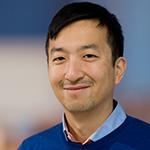