Kenneth W. Feldman, MD is an attending physician at the Seattle Children’s Hospital (SCH)  and a Clinical Professor of Pediatrics at the University of Washington, School of Medicine in the General Pediatrics Division. He is the former Medical Director of the Safe Child and Adolescent Network (SCAN) and currently is on its consulting staff at SCH and Harborview Medical Center (HMC), while maintaining a half-time primary care practice at the Odessa Brown Children’s Clinic. He previously attended in the Emergency Department, general wards and intensive care unit at SCH.

He has conducted research in childhood injuries, both accidental and abusive. He was a former member of the executive committee of the AAP’s Section on Child Abuse and Neglect. He was a member and a past executive committee member of the Helfer Society. He is associate editor of the Quarterly. He was awarded the AAP’s Practitioner Research Award in 1991 for his work on tap water burn injuries. He received the Helfer Society’s Ray Helfer award in 2008 and The AAP’s SOCAN/COCAN 2016 Award for Outstanding Service to Maltreated Children. 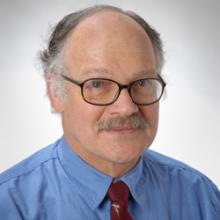