Scholarly Focus: Dr. Law’s research focus includes neuroprotection and neuro‐repair for neonates affected by hypoxic ischemic brain injury at birth. She studies the use of human neural stem cells as a possible treatment option in a rodent model of hypoxia‐ischemia. She is part of the Neonatal Neuroscience Laboratory studying the potential use of neuroprotective agents to decrease neonatal brain injury in a ferret model of neonatal encephalopathy. She is also Director of the Brain Research Advancement in Neonatology (BRAIN) Team – a collaborative group of Neonatologists with a mission to improve neonatal neurodevelopment with research projects ranging from basic science to public health.

Administration/Education Roles: Dr. Law’s primary administrative role is as Director of the BRAIN Team which meets weekly to plan, organize, and complete projects related to the group’s focus on neonatal neuroprotection. She is a member of the Neonatology Fellowship Clinical Competency Committee which meets twice yearly to ensure fellows are supported and on track for success. She also serves as a Neonatology Fellow Wellness Mentor, giving an annual talk regarding the importance of mental health and self‐care in academia. 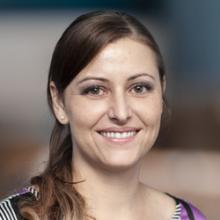